10 years anniversary of the Eastern Partnership: Interview with Dirk WIESE 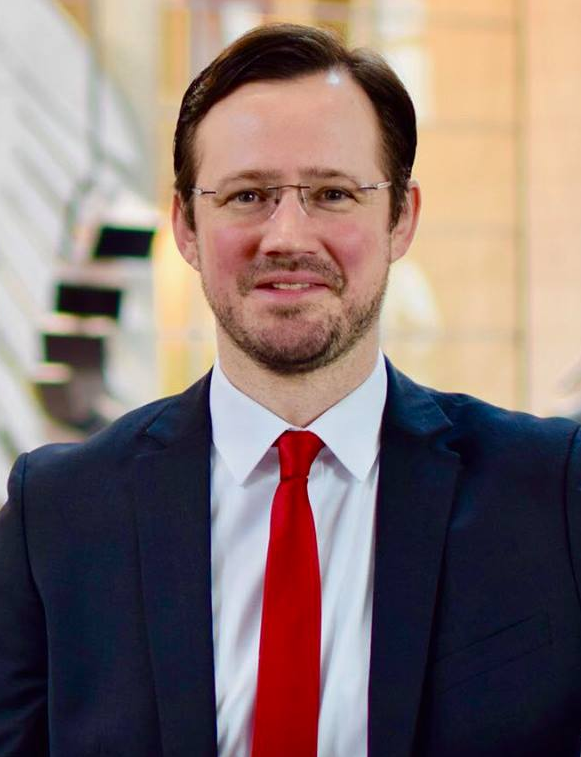 Are there any ideas for new initiatives regarding Georgia's EU and NATO integration, which you discussed during your visit with Georgian officials?


The Euro-Atlantic orientation and ambition of Georgia have been clearly portrayed by all of my interlocutors. At the same time, they expressed their understanding that there is currently no concrete prospect of accession to NATO or the EU for Georgia.

Of the six countries of the Eastern Partnership, Georgia has made great progress under difficult conditions. All parties should now focus their efforts on making tangible improvements for the people of Georgia and bringing the ambitious Association Agreement with the EU to life. Georgia's cooperation works well with NATO too. Only at the end of March did NATO soldiers - including members of the Bundeswehr - and Georgian soldiers near Tbilisi participate in a joint exercise. The federal government supports the implementation of the so-called "Substantial NATO-Georgia Package" both in terms of personnel and financially. The important contribution of Georgia to the NATO operation "Resolute Support" in Afghanistan should also be recalled.
Did you also talk about the problems of visa-free travel in Georgia? We reported a few days ago that the problems of the visa agreement were one of the main issues when the French minister of the interior visited Georgia.

The possibility of visa-free travel by Georgians to the Schengen area is an important success for the country and sends a strong signal. Especially for young people, it is important that they can easily meet each other, get to know each other, get into conversation with each other. So they build bridges between countries. Between Berlin and Tbilisi, according to my observation, more and more such bridges are emerging - also thanks to visa liberalization. It is not surprising that a waiver of a visa requirement can also bring challenges. German and Georgian authorities work well together to counteract illegal migration. I also appreciated that from my Georgian interlocutors - and pointed out that it is important that the Georgian authorities continue to do their utmost to ensure that the conditions for visa liberalization are maintained in the long term.


To what extent are there similar problems in Germany?

The challenges that visa liberalization with Georgia has brought seem manageable. After a temporary significant increase in the number of asylum applications by Georgians in Germany at the beginning of last year, this number was still 253 in April 2019. In the first four months, a total of approximately 1,400 Georgians applied for asylum in Germany. That is a lot for a small country like Georgia. At the same time, very few Georgian applicants - namely less than two percent - are granted asylum in Germany. This is particularly due to the fact that the protection of elementary human rights in Georgia is guaranteed from the point of view of the federal government - which is why it also aims to classify Georgia as a safe country of origin. German and Georgian authorities today work well together when Georgian citizens who are obliged to leave Germany must return to their homeland.


A few days ago, EU ambassador Carl Hartzell critically commented on the role model of senior Georgian politicians in relation to the waste problem in the country. How do you rate environmental awareness in Georgia in general?


I really do not think it would be appropriate to make a judgment after my first short visit to Georgia. In any case, environmental protection should be an important issue in Georgia, as elsewhere in the world. I have registered that Georgia has banned the import, manufacture and use of plastic bags as of April 1, 2019 - if this works, it may serve as a model.

SIPRI (Stockholm International Peace Research Institute) recently reported that military spending in the Caucasus has increased. Did you get new impressions of the security concerns of Georgian officials at the South Caucasus Security Forum?

Understandably, the territorial integrity of their country is a key issue for my Georgian counterparts. Germany is - like almost all states of the world - clearly supporting the territorial integrity of Georgia. The EUMM civilian, unarmed EU observation mission is doing an excellent job to stabilize the situation as much as possible along the administrative boundary lines to the breakaway regions. However, Georgian politicians complain about the expansion of Russia's military presence in Abkhazia and South Ossetia - with a simultaneous population decline in both areas. Georgian politicians rightly denounce human rights violations in Abkhazia and South Ossetia.

The Georgian government launched the "A Step towards a better future" initiative in April 2018. It aims to improve the lives of people in Abkhazia and South Ossetia in everyday life, for example through trade facilitation, and thus also to build bridges between people. That is seen positively by the German government, of course. The federal foreign office also supports a successful dialogue project of the Berghof Foundation.

In terms of economic liberalization and modernization, Georgia is, so to speak, a "prodigy" of the Eastern Partnership, and recently secured a new loan package from the IMF. Can you explain to our readership in which function the Federal Republic of Germany provides economic support for Georgia?

First of all, Germans and Georgians maintain normal economic relationships with each other. You export and import into the respective partner country. In 2017, for example, German companies have sent exports worth 344 million euros to Georgia. Conversely, Georgian companies exported goods worth 75 million euros to Germany. Beyond this economic relationship, Germany has supported Georgia on the path of development with more than one billion euros since 1992.

After the USA, Germany is Georgia's second largest partner in development cooperation. In addition, there is technical cooperation within the framework of the South Caucasus Initiative of the federal government, focusing on, for example, sustainable economic development, environment and energy as well as municipal development. In this context, there is also a program for private sector development and vocational training.

How did your conversation with the student group at Ilia State University go and what topics were the students particularly interested in?

Meetings with younger people are particularly important to me, and this exchange was particularly interesting. By the way, at Ilia State University, a German, Oliver Reisner, works as Jean Monnet Professor for Caucasian and European Studies. He has co-organized this exchange with students and, through his work, is connecting people across borders in the best sense of the word. One of the topics that interested my interlocutors in this talk was, of course, the possibilities offered by the visa-free travel to the Schengen area for Georgians.

With which civil society actors were you also in contact and what were your impressions?

I have met actors who are civil society activists in the fields of democracy and elections, labor law, judicial reform and LGBTQ-rights. Of course, there is still work to do or improve in each of these areas, as in many countries around the world. However, all stakeholders share the view that Georgia has come a long way, especially thanks to the cooperation with the EU within the Eastern Partnership.

What achievement would you like to highlight out of the 10-year history of the Eastern Partnership?

The Eastern Partnership is a unique success story. First and foremost, I would like to stress that it has brought tangible improvements to the daily lives of millions of people in the six partner countries. Thanks to the "Erasmus Plus" program, 17,000 younger people were able to take part in university exchange programs and 30,000 in youth exchanges. Politically speaking, the Eastern Partnership today allows inclusiveness through differentiation. It offers tailor-made cooperation opportunities for the specific situation of each of the six participating countries. This is their strength and a special achievement of this approach.

What about the other two Caucasian states - Armenia and Azerbaijan - and what role does the conflict around Nagorno-Karabakh play?

Armenia is a good example to illustrate the EaP philosophy - "inclusiveness through differentiation". The EU and Armenia concluded CEPA in 2017, the ambitious Comprehensive and Enhanced Partnership Agreement. Armenia has been a member of the Eurasian Economic Union since 2015. This proves that the Eastern Partnership actually offers tailor-made approaches for each partner country. The so-called Velvet Revolution was inward-looking; in regards to foreign policy, the new government is committed to maintaining good relations with both the EU and Russia, towards which CEPA is also tailored.

The EU is currently negotiating a new agreement with Azerbaijan, which will significantly contribute to the intensification of relations. Azerbaijan pursues a multivector foreign policy and does not seek closer integration with the EU. Accordingly, in this case too, the agreement will take these demands into account [the negotiation process for the EU-Azerbaijan Strategic Partnership Agreement is due to be finalized this year - ed.].

However, the Eastern Partnership is not only aimed at improving relations between the individual countries and the EU, but also aims at improving regional cooperation among the partners themselves. In this respect, the Nagorno-Karabakh conflict is a hurdle for cooperation in the South Caucasus. The EU supports the efforts of the OSCE-Minsk Group to resolve the conflict.

What is the next big milestone you anticipate for the partnership? Especially with regard to the next 10 years.

The Eastern Partnership is a unique success story. Its recipe for success will continue to be cooperation within the four known platforms over the next few years: 1. Economic development and market opportunities, 2. Strong institutions and good governance, 3. Connectivity, energy efficiency, environmental protection and combating climate warming, and 4. Mobility of people and international understanding. It is and remains important for people to experience noticeable improvements in their everyday lives thanks to the cooperation through EaP. For me the areas of youth and education as well as entrepreneurial initiative by small and medium-sized companies seem particularly promising.

The 20 goals for 2020 are intended to bring tangible improvements in the everyday lives of the citizens of the EaP countries. I have already named the four platforms of cooperation. There are three cross-cutting tasks which should be taken into consideration for each individual goal: 1. Closer involvement of civil society organizations, 2. perfecting gender equality and combating discrimination, and 3. communicating more effectively in a strategic manner, strengthening the independence of the media and promote a pluralistic media landscape. 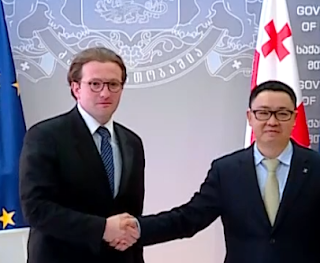