09.03.2020 (Caucasian Journal). Our journal continues its new program of interviews "BEST NORDIC AND BALTIC PRACTICE" with high-level practitioners from Western Europe who share their knowledge in areas most relevant to our region.

Our today’s guest is not only highly competent in his area – renewable energy – but also has many years of hands-on practical experience in Georgia. 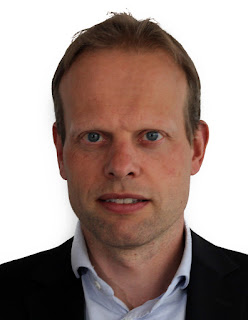 Bjørn BRANDTZÆG (or Bjorn Brandtzaeg on devices without Norwegian characters) is founder and CEO at Clean Energy Group, the biggest Norwegian investor in Georgia. He has been involved in Georgia’s hydropower projects since the early 2000s.

Alexander KAFFKA, editor-in-chief of CJ:  You have a rare experience as a Westerner who has started a successful large-scale business in Georgia “from zero”, and worked under several different governments. Do you sometimes feel that your experience is a very valuable asset, sharing which may be beneficial to many people, and to the country in general?

Bjørn BRANDTZÆG: I have been working with the development of the Georgian hydropower resources for many years, first as a government adviser funded by the Norwegian government and later as a project developer. I have seen the sector and projects evolving. As we have experienced in the Shuakhevi project [Shuakhevi Hydro Power Plant (HPP) is a run-of-the-river plant in Adjara, completed in 2017 - CJ], large hydroprojects are very challenging to develop and it is not possible to predict all the challenges a project will face when you start them. You need a very strong commitment to see them through.

AK: If yes, what are the most important lessons, which you would like to “teach”?

AK: Since you named your company Clean Energy Group, is my understanding correct that clean environment is a high priority for your business?

BB: We are only working with electricity generation technologies that are not emitting carbon in the production of electricity. Hydropower is a unique resource as it is carbon free but also flexible, which enables the development of other renewable energy resources like solar and wind. These are comparatively easier to develop than hydropower, but can only meet a share of energy demand due to their intermittent nature (only generate power when wind blows and sun shines).

AK: I suggest that we continue with the environmental theme, if possible. Let’s start with attitude to environment protection. What are the basic differences in this attitude between Georgia and Norway?

BB: There is a strong focus on environmental protection in Norway with strict enforcement of environmental laws. But the governments also take a reasonable pragmatic approach to new project developments and are for instance sanctioning a number of new hydro and wind power developments despite reservations from local communities and certain NGOs as long as these projects are seen as being in the national interest.

There is also a growing focus on environmental issues in Georgia. Both the ministry of environment and agriculture, as well as the multilateral lenders financing the Shuakhevi HPP project require very strict compliance with existing laws and regulation. In the Shuakhevi project we have independent international audit of compliance with all Georgian and international standards, which is a stricter compliance regime than project developers in Norway are facing.

AK: Perhaps the problem with pollution in Georgia lies in the economic sphere only? Does it maybe just boil down to insufficient financing? Especially if compared to Norway, Georgia is not a very rich country, so maybe we should not compare Georgia and Norway in their environmental attitudes? From your experience – as you have worked in developing countries before – can a not-so-rich country be environmentally conscious?

AK: Can you name three things, which you would like to change in Georgia, to make it care more for the environment? Would that be changes in law/legislation? Or more attention from parties and politicians? Or maybe deeper changes are necessary, such as education of children? Will your country’s experience be useful in some of these areas?


To move the environmental agenda forward in Georgia, it is important that EU regulation is enshrined in law.

AK: Hydroelectricity in Norway: Would you like to comment on this sphere, focusing on the aspects, which would be a useful “best practice” for our region? Maybe that would be technologies, or governmental regulation, public participation, or good cases of corporate social responsibility?

BB: Most of the Norwegian hydropower potential was developed up until the 1970-s. The country now has an almost 100% renewable flexible energy system and is, for instance, assisting Denmark to decarbonize, which they can do through grid connection to the flexible Norwegian hydropower resource. One of the strengths of the Norwegian energy sector is the close cooperation between the commercial operators and the regulatory authorities, which results in a consensus-driven and pragmatic approach to regulation and development of the sector.

AK: Your business focus is on hydroelectric power, but “clean energy” is not only about the water resources. Would you like to comment, for example, on the solar or wind energy use – in Georgia and Norway? Any new technologies Norway is using, which may good for Georgia, too?


I believe the introduction of power market in Georgia will hopefully bring down the cost of electricity for end consumers.

BB: One of the big new innovations coming in Georgia now is the establishment of a power market. This is to some extent modeled on the Nordic power market, which emerged in the 1990-s. The market has driven some of the efficiency improvements that have been seen over the last 20 years in Norway. I believe the introduction of a power market in Georgia will have some of the same impacts on the electricity sector, hopefully bringing down the cost of electricity for end consumers.

AK: We know that even such a clean technology as hydropower may cause public unrest, because of possible risks to river’s ecosystem. In Georgia such cases have taken place, too. How are such risks addressed by your company, and by companies in Norway?

BB: Hydropower projects are controversial in many places due to their environmental and social impacts. However, countries that have built large hydro facilities rarely regret that the projects have been sanctioned. Clean Energy  Group has tried to address the risks through providing good information about the project impacts to the population. Another aspect, which is key, is to provide adequate and fair compensation to the people that have to sell property to the company for the project to proceed. In the Shuakhevi project we have also focused on investing significantly into the local community, where the project is being built through targeted employment programmes, as well as a significant CSR programme.

AK: Building new hydropower stations is, by all means, a logical energy solution for mountainous country such as Georgia. But this is an “extensive” approach, in contrast to raising energy efficiency and introducing energy saving systems. How would you balance between the extensive and intensive approaches, i.e. between generating more energy or energy saving?

Georgia’s per capita consumption of electricity is approximately 10% of the Norwegian consumption.

BB: Georgia’s per capita consumption of electricity is approximately 10% of the Norwegian consumption. In addition, a signification and increasing portion of the electricity consumed in Georgia is imported or generated using imported gas. Given the large current account deficit in Georgia, it is important that the country can use more of its domestic resources for energy generation. Energy efficiency is a very important action and should be encouraged. But as Georgia develops, it also needs more domestically generated electricity.

AK: In your view, how efficiently are the budget funds spent in the energy sector in Georgia, and in the region in general? If you were in charge of country’s energy sector, what would be your top 3 priorities?

BB: I would focus on establishing a power market in the country. I would also focus on encouraging more large-scale hydro projects with reservoirs to be developed to meet growing demand for flexible renewable electricity. But when the state enters into long term power purchase agreements to support the project development of these projects, it is very important that everything is done to protect the end consumer, i.e. projects need to deliver electricity for a competitive price for them to proceed.

AK: Can we touch upon the civil society? If we look at Norway, what are the mechanisms for the public voice to be heard and taken into account, during large infrastructure projects? Can you compare it to situation in Georgia?

BB: When a large project is being considered for development, there is extensive public consultation before the project proceeds to construction. There has been a focus to build competence in the civil society about the real impacts of the project, which means that the public consultations often are quite productive. In Georgia, at least some of the NGOs in the hydrospace are activist organizations, that are not really interested in facts and figures. They will oppose a development regardless of its merits. So building a civil society, which is better equipped to assess the real impacts of a project development, will strengthen the sector.

AK: The purpose of our journal’s series of interview with experts from Northern Europe is to propagate the best practices and make them closer to our region’s readership. Can you name three top business practices from Norway, which you would like to “import” to Georgia?

BB: Strong social responsibility and focus on the welfare of the local community affected by a project development, knowledge-based decision-making processes, and close cooperation between all interested parties based on mutual trust and expectations of good intentions.

AK: What’s your brightest impression or experience (positive or negative, or both) during your longtime exposure to South Caucasian region? Any stories you wish to share with our readers?

BB: Generally I believe Georgia has come a long way over the last 10 years and has now become a country in the process of implementing a raft of laws and regulations that will meet European standards. This is hard work and it will take time for the people responsible to get familiar with the EU rules and regulations. Through strong leadership, I am confident that Georgia gradually will overcome its challenges and emerge as a prosperous country in the European family.

AK: If there is anything else you want to comment upon, and send a message to our readers, the floor is yours.

BB: I am generally a big fan of Georgia and its people and are very confident that the country, provided that it can find unity will see a very bright future.


Caucasian Journal appreciates kind support of Royal Norwegian Embassy in Tbilisi in preparation of this interview.

Art Gallery will be showcasing masterpieces from South Caucas